Android is one of the popular open-source operating systems that can help developers to build effective mobile apps. Due to the booming of doing business and connecting customers on smartphones, more and more Android mobile apps are developed nowadays.

So with the increasing demand for Android apps, Android frameworks came into being to help developers build applications more effectively. It is a stack of code that includes native libraries and tools to design UI, work with databases, handle user interaction, etc. All these features can fasten the development process to a new level.

How do Android frameworks work?

The Android framework is actually a set of APIs. Developers can use it to build apps for Android phones much faster and easier：

By using Android frameworks, developers do not need to start everything from scratch. That way they can build applications quicker and easier.

What are the Key Features of Android Frameworks?

After we finished our review of the 15 Android frameworks, it's not hard to find the best key features among them. If you are still don't know which framework you should try? Consider the following key features:

What are the Best Android frameworks?

Xamarin is a cross-platform framework that can be used not only for Android applications, but also the other major mobile operating systems. Currently it has 1.4 million developers users. As a part of Visual Studio IDE, Xamarin has more advanced features that can help designers produce native apps effortlessly.

Glide offers developers a very useful Image Loader Library for dealing with the Android ecosystem and releasing Android apps that work without issues. The library is recommended by Google, therefore many developers are using it since then. It is easy to operate images, such as upload, rotate, resize, etc. Many Google open source projects including Google I/O 2014 official application are using Glide.

Ionic is a totally free framework that already used by a great number of developers from all over the world. It is certified by MIT and gradually becomes one of the best open source that can help developers build progressive hybrid apps. On top of that, it is also cross-platform supported and has the functionalities to integrate AngularJS. It also facilitates features like emulators, live reload, and logging. 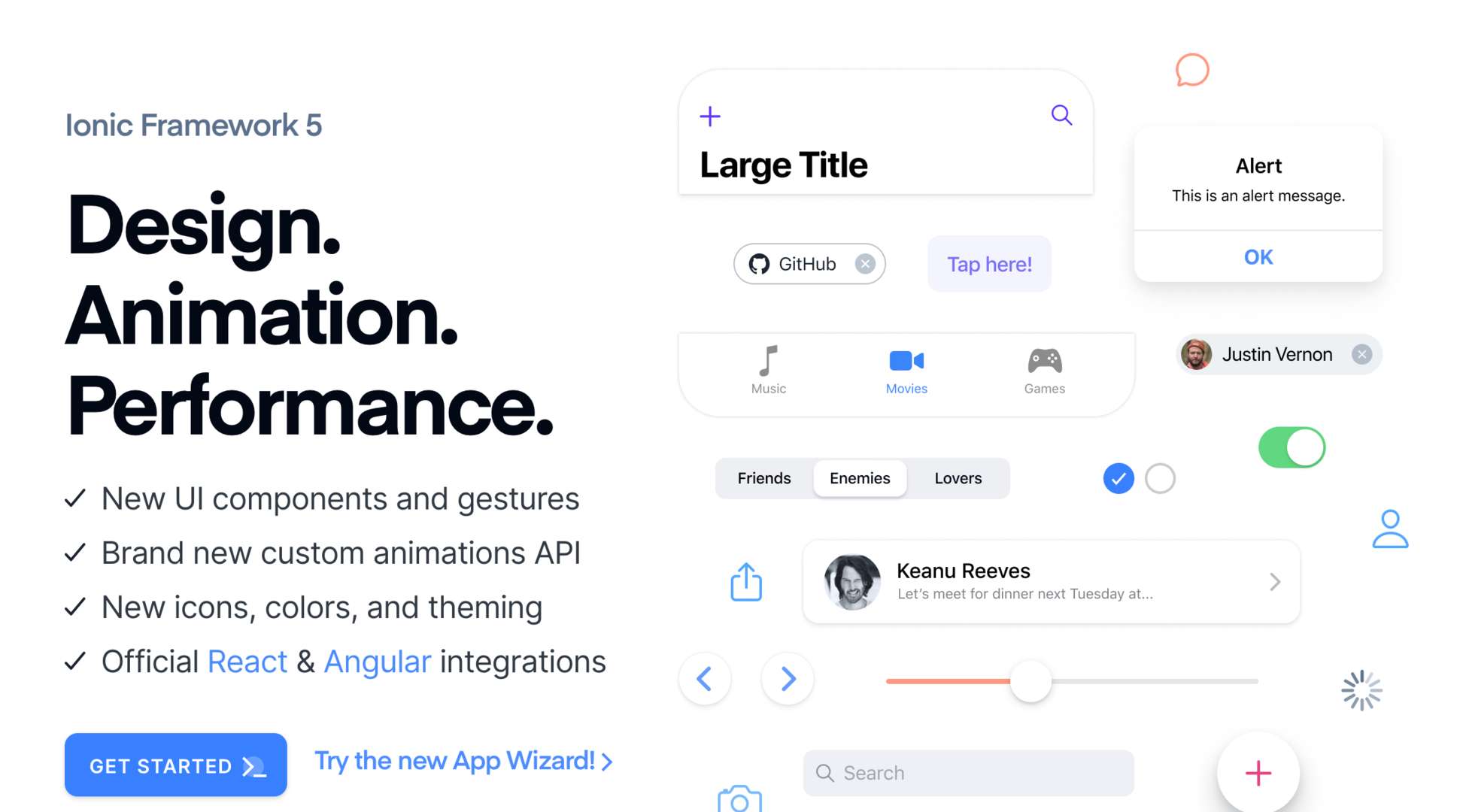 PhoneGap is an open-source Android app framework supported by Adobe and Apache. It helps developers to build apps using web development technologies, includes HTML5, CSS3, and JavaScript. PhoneGap makes it possible to instantly test apps on real devices even during the development phase.

Dagger is a fully static and compile-time framework which can magnificently simplify the application of dependency injection. As an adaptation of the earlier version created by Square, now Dagger is maintained by Google. In that case, it is suitable for both Java and Android currently, but still mainly used for Android-based apps. In addition, Dagger can simplify the creation of the graph within Android projects.

jQuery Mobile is a touch-optimized and lightweight mobile JavaScript framework. It is one of the best frameworks for developing Android systems of smartphones and tablet computers for its very optimized compatible of PhoneGap, Worklight and the other mobile app development frameworks. It’s super easy to build custom theme based applications for Android, iOS, Blackberry, WebOS, and Symbian operating systems

Flutter is a multi-platform mobile app SDK that best for hybrid app development. Google built it with Dart language, which makes it one of the best frameworks not only for building applications but also can simplify the cross-platform development process. Flutter can build a beautiful user interface that looks similar to Material Design with its 2D rendering engine called Skia. Developers can perform UI, unit, and functionality tests using its testing framework.

Sencha Touch is one of the most advanced Android frameworks in 2020. It features a very powerful library which you can use to develop all kinds of mobile applications, Android applications are one of them. It had a full-bodied data package to help you build most advanced application in high performance effortlessly. It also comes with 140+ high performing UI themes and components.

React Native is a powerful open-source framework. Facebook created it using React and now it is used by a great number of brands such as Instagram, Walmart, Airbnb, Tesla, as well as many other 500 companies. It is one of the most useful frameworks for creating native apps for Android and iOS.

Android 10 is the newest version of Android. It is one of the powerful Android frameworks that can help you set up a high performance of Android applications. It features a new Jetpack library with a great number of UI themes and components to create eye-catching app experiences. Developers can make their app development easier and consistent across 90% of Android devices with Android 10 framework.

NativeScript is a free open-source framework that rang top for building hybrid apps development. Developers can create native, outstanding progressive applications and reuse a wide array of plugins from directly in the projects with NativeScript. What’s more, it also allows developers to create apps using Vue, TypeScript, and Angular.

Dojo Mobile is an HTML5 framework that renders a myriad of widgets. It is one of the best frameworks than enables web developers to build outstanding web-based apps for iPhone, Blackberry, and Android with native-like UIs and performance, as well as achieve high-performance on all native platform APIs.

Retrofit is an open-source Android framework that can exchanges data between a backend side and an application. It provides functionality for custom headers, multipart request body, file uploads and downloads, mocking responses and much more.

Titanium SDK is an open-source extensible framework. It is very useful when creating native apps for Oss, including iOS, Android, and BlackBerry, as well as hybrid and HTML5. It comes with the Apache-licensed software development kit, which developers can use to build native applications.

We hope that the above 15 Android framework can help you. It would be a great pleasure that you want to try some frameworks that we’ve shared with you. And if we miss any frameworks that should be added on this list, please feel free to let us know!